rye bread  -n
any of various breads made entirely or partly from rye flour, often with caraway seeds

Rye bread according to Wikipedia:

Rye bread is a type of nutritious bread made from rye, water, salt and yeast or leaven. A slice of rye bread provides 15% of the recommended daily amount of fibre and iron.

In Holland, rye bread used to be the staple food in addition to potatoes. Many local recipes exist but these are quite different. Basically, there are two types of rye bread. Frisian and Brabant rye bread. The key ingredient in the former version is broken rye grains, while the Brabant alternative contains milled rye instead.

Although genetically speaking, rye and wheat have so much in common in fact they could be crossbred, major differences exist when biochemistry is involved. You can tell by the baking process. For instance, the amylases are not the same. While wheat amylases are not heat-resistant and do not interfere with the stronger wheat gluten, rye amylases remain active at substantially higher temperatures. These amylases matter to the dough's rising process, although after that they need to be 'undone'. The main structure of rye bread is based on polysaccharides, starch and pentosans.

In order to activate the amylases in rye, and to gelatinise starch, dough can be acidified with cultures of the Lactobacillus bacterium. Lactic acid and acetic acid help make the bread easier to digest. 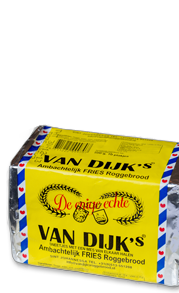 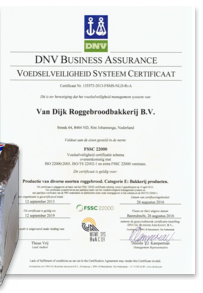 These bites were prepared by Patron Cuisinier Henk Markus at Het Ambacht Restaurant in Heerenveen.